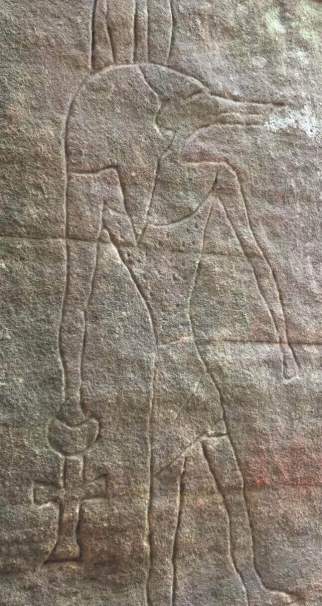 I had heard about the Gosford Glyphs and it so happened that a friend and I were talking about it and we both had a free day so we decided to check it out for ourselves.

The glyphs site at Kariong, near Gosford in NSW, Australia features almost 300 engravings on two sandstone walls, which some believe are an example of an early form of Egyptian writing and have drawn widespread interest over the years. Others believe they portray a story of a ship from the Pleiadian Star System that crashed on earth. The official version it is a hoax and the location has been well hidden since then.

I searched the internet and watched a couple of very interesting videos including an interview with the Aboriginal Park Worker who discovered them in 1970, saying they were found by accident and he believed that nobody had been in that area for many many years. I also found instructions on how to find the location. We set out from home at 7am and by 11am were totally lost in the bush! It was not where the video had said and we were hot and thirsty. Walking back to the car I had a random thought to check it with Google Maps and there it was, about 500 metres from where we were, through thick bush. Its lucky we didn’t try to get through that way, we walked back to the car to start again and as we discovered, Google Maps had a sense of humour and left us in the middle of a fire trail with no clue which way to go.

We were about to give up when a random guy came walking out of the bush, nothing in his hands with a strange look on his face. My friend asked if he knew where the glyphs were and he said yes, but they were hard to find and he would take us there. When we asked if they were real he said, ‘weird stuff, they should not be out here’. He walked with us up a small track, onto another track and then pointed up into the bush, it’s past that big tree there and then he disappeared into the bush. 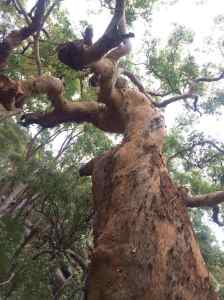 When we walked up I recognized the big ‘grandmother guardian’ tree that I had seen on the video and we gave it a hug. 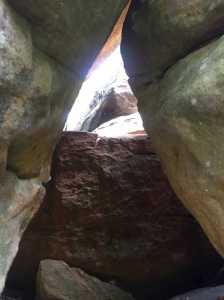 I then recognised the triangle shape entry tunnel through the bushes but it looked like I would not be able to climb through, and so we rock climbed over the top, not so easy but eventually we pulled each other up and into the area. My friend said, “Julie they aren’t here, we will never find them”. I responded with “you are standing in the middle of them!” We both screamed with excitement!

We were exhausted and as it turned out walked 9.4k that day, so we looked around and I took photos, nothing else stood out, and we managed to climb out through the triangle, it was easier to slide down the rocks than it would have been to climb up them. We made a long, hot walk back to the car and drove about 30 minutes to the beach to soak in the salt water and cool down.

In the days following I must say it did feel like something very special had happened, an attunement, or an inner knowing that had become realized – I am not sure how to explain it. I had some visions of a type of healing hall, one that I have often had when doing healing sessions, and of distant far world memories that seem a bit Egyptian, but not really.

The land is National Park and has been made protected Aboriginal land, but the carvings are definitely not aboriginal and if they are real, the problem is that they do not fit with the world, as we know it. That’s a problem for some people.

Here are the pictures I took, what do you feel?

Disclaimer: If you decide to go looking for them, don’t trust Google, TripAdvisor or other websites, its tricky to find them. 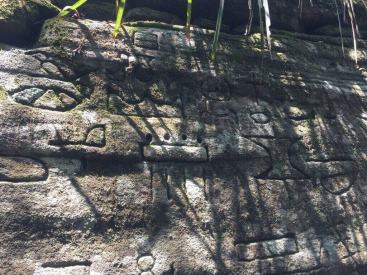 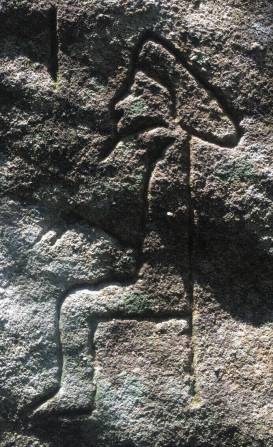 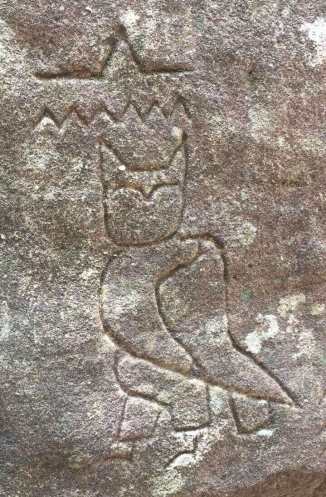 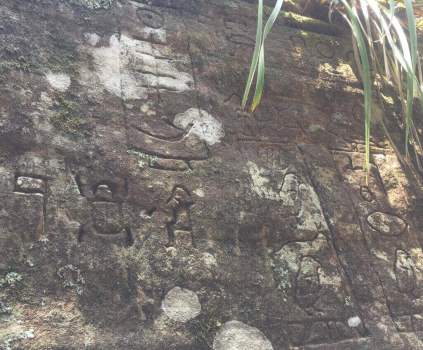 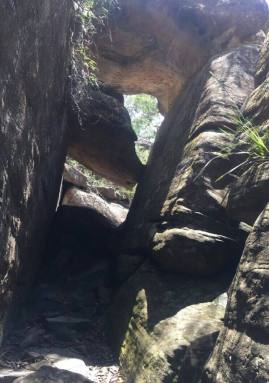 Julie Jara and anyone associated with but not limited to New Frequency Healing, Reconnective Healing, The Personal Reconnection, Wayshowers College make no claims, promises or guarantees and are neither diagnosing, treating or claiming to heal any illness, disease, condition or life challenge. You are solely responsible for seeing to and continuing with your own medical and any other treatment and care.

Privacy Policy: Personal information is collected for our records only and will never be disclosed to a third party.

Grievance Policy: I am committed to the highest level of service and highly value your feedback. If you have any questions or concerns, please contact me by phone, email or mail and I will work with you to find a resolution as soon as possible.

Distance appointments must be paid for in advance.

I appreciate if you let me know with a minimum of 48 hours (2 business days) if you need to cancel or reschedule an appointment. Thank you.

My fees are charging for my time.