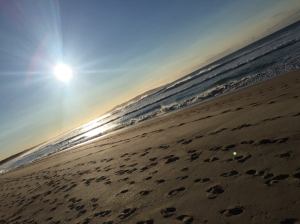 Narelle brought a family member to me for Reconnective Healing.

She told me he had been very unwell for the past year and had been in hospital overnight for tests. When they arrived I could see he had trouble moving, he was a little slow, taking his shoes off for the session was an effort.

We completed the session and he said it was peaceful and he felt a positive healing influence but not much more.

At 8.30am the next day Narelle sent me a text message with the following:

“He normally is lucky to be able to walk around the block to get some exercise but I reckon we did 10,000 steps that day! He doesn’t realize just how different he is! “

All this was reported only 12 hours after the healing session.

Julie Jara and anyone associated with but not limited to New Frequency Healing, Reconnective Healing, The Personal Reconnection, Wayshowers College make no claims, promises or guarantees and are neither diagnosing, treating or claiming to heal any illness, disease, condition or life challenge. You are solely responsible for seeing to and continuing with your own medical and any other treatment and care.

Privacy Policy: Personal information is collected for our records only and will never be disclosed to a third party.

Grievance Policy: I am committed to the highest level of service and highly value your feedback. If you have any questions or concerns, please contact me by phone, email or mail and I will work with you to find a resolution as soon as possible.

Appointments may be paid with Cash, PayPal, MasterCard, Visa, Amex or Bank Transfer.

I appreciate if you let me know with a minimum of 48 hours (2 business days) if you need to cancel or reschedule an appointment so that I may reallocate the room booking. Thank you.

My fees are charging for my time.