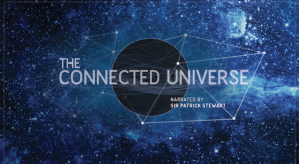 This is a story of a healing one of my clients had this month with just one session of Reconnective Healing. I am sure you will find it inspiring to see the possibilities.

A client found a YouTube Video someone had posted about Reconnective Healing; she then found my Video and contacted me to book a session. With Reconnective Healing there is no need to ask why a person is wanting a healing so I explained a little about what it is and that she would relax on the massage table for 30 minutes while I worked hands-off. At the end I would ask what she observed or noticed.

She said that at first it was like being surrounded by a million eyes and she had a feeling that we were not alone. There was a little pulling in her head and she felt herself starting to relax. There was nothing else she noticed.

After that she started to touch her back explaining that she had back issues, but looked surprised saying she does not feel the same pain. She then touched her shoulder explaining she had pain in the shoulder and neck with tension headaches, but it feels better. She went on to say she had not been feeling well for about two years, she felt like she was ‘not in her body’.

I wanted to say more, when someone is in obvious distress about something they do not understand or know what to do; you want to help them as much as you can. I have had lots of training in coaching and spiritual development, but the real power comes when someone comes to their own conclusions. As you will see below, Reconnective Healing can bring this.

I was traveling for the next four weeks and she came back to see me after that, asking for her Personal Reconnection. She said she had no pain at all in her spine and that she had actually had lumps in her breast for about 10 years and they were not there any more. They had just gone, she was still checking to make sure, but could not find any lumps at all.

She also explained that when she came to see me the first time she was not feeling at all well but as soon as we finished the session and she left my clinic she felt really good.

During the weeks following she had been speaking with someone who was experiencing workplace bullying. She had also experienced bullying and suddenly realized she no longer had any emotions attached to it. She realized it was in the past and that nobody could say anything or do anything to hurt her now. It had been released, it was just not an issue any longer.

My client asked, with a look of mystery on her face, ‘how does all this happen? Can you explain to me how this works?’

How can you have healing from so many different things, pains in the body, lumps in the breast, emotional trauma from bullying, all from just one 30-minute healing session? Our understanding of modern medicine, traditional medicine, natural therapies and even energy healing does not go anywhere near explaining how these things can just disappear instantly. In some practices this could be explained as a miracle healing.

My explanation from what I have observed, studied and learnt about is that we are living in multiple dimensions at one time, we have different states of consciousness available at any given time, in one we may have a problem and in another that problem does not exist. I have told my own story many times that I had a very painful spine condition that just was not there after Reconnective Healing sessions. I continue, like my client, to look for the pain and I just cannot find it.

But what is the explanation behind this?

Science is catching up with what we are seeing in our clinics and Reconnective Healing Practices. We will soon have further explanations of how this happens, and in my view, one day it will be widely understood and accepted as a way to heal.

Want to know more? There is a great interview on YouTube called THE PHYSICS OF SPIRITUALITY. In this talk from Mindvalley University, Nassim Haramein and Vishen Lakhiani talk about the science of the near future, delving into topics such as wormholes in space, time and space travel, and the consciousness that’s present all around us.

If you are interested to know more about Reconnective Healing, I KNOW you will enjoy this one hour discussion.

Julie Jara makes no claims, promises or guarantees and is neither diagnosing, treating or claiming to heal any illness, disease, condition or life challenge. You are solely responsible for seeing to and continuing with your own medical and any other treatment and care.

Privacy Policy
Personal information is collected for our records only and will never be disclosed to a third party.

Grievance Policy
I am committed to the highest level of service and value your feedback. If you have any questions or concerns, please contact me by phone, email or mail and I will work with you to answer your questions and to find a resolution as soon as possible.

Fees
My fees are charging for my time.

Rescheduling
I appreciate if you let me know with a minimum of 3 days if you need to reschedule or cancel an appointment so that I may reallocate the booking. Thank you for your understanding.

Being of service means giving of myself – to myself and others

We acknowledge the Dharawal and Gadigal People, the traditional custodians of the land that we live and work on.

We also pay our respects to the Elders both past, present and emerging.